For those interested in the market trends here on North Whidbey (Oak Harbor WA), I took a look at the statistics for homes priced under $500K on North Whidbey and created this 3 minute video.  These stats came out May 1 and refer back to April 2019.

Have questions about what these statistics mean for you and your home?  Wondering what it takes to purchase a home in today’s market?  Reach out today and I’ll be glad to give you personal assistance.
—————————————————–
Don Jaques
Windermere Real Estate Whidbey Island
360-672-5447
donj@windermere.com
http://thegoldenrulerealtor.com
https://facebook.com/thegoldenrulerealtor
Posted on May 2, 2019 at 8:24 pm Don Jaques, Jr | Category: RE Market Info | Tagged market update, oak harbor, real estate, whidbey island

Here is an update on the Oak Harbor North Whidbey real estate market, based on statistics through the end of February 2019, and published by the Northwest Multiple Listing Service.

In the video below I walk viewers through the statistics which show a couple of noteworthy market aspects here in Oak Harbor (North Whidbey).  First, after a relatively flat previous few months, average sold prices have increased markedly over the past 2 months.  Second, the amount of available inventory has jumped up over 3 months for the first time in a few years. This means we are currently in a “balanced” market after being in a “sellers” market for a long time.  Along with that, interest rates have decreased over the past few weeks.  This is a help to buyers as well. 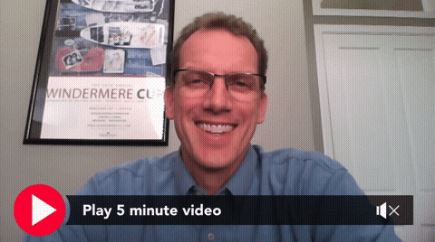 If you would like a current market analysis of your home anywhere on Whidbey Island or in Anacortes, reach out today for this complementary service.

Compare this report to the November 2018 report.

Looking for a church in Oak Harbor? Check out oakharborchurches.com

This Coupeville waterfront home at 265 Harrington Rd offers the best of both worlds: high bank views with a tram to access your private beach below! Watch the sun rise from your living room or two levels of decks looking across Admiralty Inlet to Camano Island. Home features 3 bedrooms plus a fourth finished room great for guests. Daylight basement includes 1/2 bath and kitchenette with water views as well. Outbuilding can be studio or office. On over 1 acre with trees lining both sides, you’ll love the privacy and serenity here.

Contact me today for a private viewing and trip down to the beach on the tram!

Looking for an easy commute to the Navy base or Skagit Valley, but want to be in the Anacortes area?  This spacious home at 6170 S Campbell Lake Rd Anacortes WA is sure to please.  Located on a manicured 1/2 acre lot, you will enjoy privacy from neighbors and a serene setting. Home features 2400 sf, 4 bedrooms, 2.5 baths, two living rooms and a den.  Nearly finished workout room in the garage. Wash the car, boat, or dog with hot water spigot outside the garage. Master bath features dual vanity and separate shower and soaking tub. Open flow from kitchen into living room makes entertaining easy.

If you were trying to sell your home in the North Whidbey real estate market in late Summer of 2017, there was a difference between how “hot” the market was for homes in the $200-$300K range and those in the $300-$450K range.  As the video below explains, homes in the lower price range ($200-$300K) were moving very quickly and sellers were receiving almost 100% of what they listed their homes for.

At the same time, homes in the higher price bracket ($300-$450K) had a noticeable slowdown, with the average for cumulative days on the market (the amount of days between when the home was listed and when a purchase and sale agreement was signed by all parties) doubled in August from around 30 all the way up to 66 days.  Along with this slowdown in getting offers signed around, the average price agreed upon dipped from 98%  to 96% of the original asking price.  For a home originally listed at $400,000, that means on average it would have sold for $384,00 in August.

It is important to note that prices have not dropped in either price range, but there was a noticeable plateau of the prices for homes in the higher price bracket.  The reduction in the percentage of the original asking price actually received by sellers in the higher price bracket (from 98% to 96%) reflects the optimism by sellers that prices would continue increasing at the rates they had in May, June, and July.  They priced their homes accordingly, but buyers were hesitant to purchase at those prices, bringing in offers that were a lower percentage of the asking price.

Thank you for your inquiry.